Guide- Okinawa is full of all kinds of surf spots. Some are well known and some are still yet to be discovered. Sit down with Danny and study the next days wave size , swell direction, wind direction, tides etc. Set out each day searching for the best location on the island. Leaving each day from centrally located Yomitan no place is further then 90 minutes driving. Surf with Danny and lets discover an Asian paradise! Y5,000 per person per day with own rent a car. Y10,000 per person per day transportation provided.
サーフガイド－沖縄にはたくさんのサーフスポットがあります。有名なスポットやまだ多くの人に知られていないスポットなどさまざまです。前日に波のサイ ズ、スウェルの向き、風の向き、干潮、満潮等をダニーと一緒に調べて次の日に備えます。毎日沖縄で一番いい波を探します。読谷村からはどのサーフスポット に行くのも９０分以内です。
*Call or email for reservations and space availability
English speaking reservations: 09019438654
Japanese speaking reservations: 08064922708
Email:
ご予約お問い合わせはお電話で080-6492-2708まで。
Danny’s background : Born in New Hampshire in the N.E. United States. Learned to surf in Florida at the age of 10. Competed as an amateur on the United States Surfing Team at the age of 16. Competed as a professional on the World Qualifying Tour, World Championship Tour and the Japan Pro Surfing Tour. Traveled worldwide extensively as well as all sides of Japan. Has taught surfing instruction in Florida, New Jersey, California , Hawaii and Japan.
ダニーの背景：ニュージャージー州に生まれる。１０歳の時にフロリダでサーフィンを始める。１６歳で米国サーフィンチームに所属して大会に出場。プロとな りWQT、世界チャンピオンツアー、日本プロサーフィンツアーでの大会で活躍。世界中、日本中を波を追って旅をしている。フロリダ、ニュージャージー、カ リフォルニア、ハワイそして日本で不サーフィンを教えている。

Recommended: Rent a car, wetsuits , reefboots, sunscreen and sun protection, towels, toothbrush and a happy go for it attitude!!

'Project Save Our Surf' First Annual Surfathon and Celebrity Gala/Auction

WHO: Project Save Our Surf (Project SOS) was launched by actress Tanna Frederick and world-renowned surfer Shaun Tomson, both avid surfers concerned about the world's oceans. They were inspired to embrace the surfathon concept as a fun and rewarding family event, bringing together the legendary sport of surfing and beach lovers who want to make a difference. Project SOS is collaborating with a number of generous local and national sponsors including ZJ Boardinghouse, Quiksilver, Rocker Board Shop, Kreation Café, Charlie Palmer Restaurants and American Latino TV.

WHY: Project Save Our Surf is holding its first annual surfathon to raise money for the non-profit organization Oceana. Oceana is a non-profit organization that campaigns globally to protect and restore the world's oceans. Oceana seeks to make our oceans as rich, healthy and abundant as they were in the past. They look to a future in which dolphin sightings are common along any temperate coast; swordfish, marlin and tuna are abundant once again; whales and sea turtles thrive; cod are plentiful on both sides of the Atlantic; local fishing cultures evolve rather then decline and in which fish are a safe, growing and plentiful source of food around the world.

HOW: To register to surf please visit www.projectsaveoursurf.com. Tickets for the Celebrity Gala are $100 per person and can be purchased by calling 310-271-0202 . 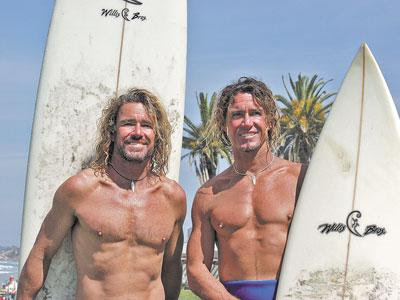 A renowned big-wave surfer who was allegedly speeding and drunk when he crashed a car in Del Mar last year, killing his 24-year-old passenger, now faces criminal charges, according to a published report.

Killed in the June 6 crash was Bradley Dillahunty of Laguna Niguel.

Willis, a longtime Solana Beach resident in his early 50s, was driving a Toyota sedan on Coast Boulevard in Del Mar about 1:40 a.m. when the fatal crash occurred, according to the sheriff's department.

Willis and his brother became names in the surfing community in the '70s when they began surfing big waves in Hawaii.
Posted by Jeff at 4:55 PM No comments: 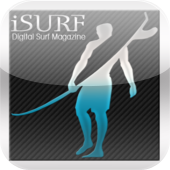